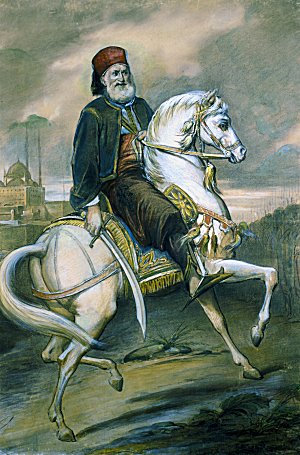 "The classic riding concept and the transfer from theory into practice"

Mr Smeykal-Meyer, you see yourself as one of the few custodians of knowledge concerning the art of classical riding. Now since the beginning of March 2009 you are the head of Reit-Kultur-Gut© [Good Riding Culture] at the Würzburg am Schenkenturm Riding Park. What do you consider the main focus of your work?

The few extant keepers of knowledge of the classical riding art must pool their forces to make riding, which, after all, represents a substantial component of European cultural heritage, accessible to the general public. The knowledge of the horse’s history, his needs and his behaviour as well as handling and living with the horse is a part of this cultural heritage that ought to be treasured, communicated, and passed on to future generations. In this respect, then, a centre must be created that would communicate the philosophy of the art of classical riding. Particularly important is the oral tradition and well-rounded, long-term learning of this art, because true knowledge of the art of classical riding—the kind of fine, sensitive riding of the bygone era—can be passed on in writing only to a very limited extent.

You have had many years’ training with the last great riding masters of Europe, such as your great role model Egon von Neindorff (Academic Riding Institute, Karlsruhe), Ernst Bachinger (Spanish Riding School, Vienna), Rolf Becher (Chiron) und Günter Festerling, and yet you, too, Mr Smeykal-Meyer, speak of the “Art of Classical Riding”—a concept so much used and so often misrepresented in the past. Why?

By definition, the art of classical riding is a system of horse riding that through the ages has assembled and combined proven, time-tested principles of horse schooling into a canon which, in its refined expression, is an approach of an artist or an artisan. It is this very aspect of artistry or artisanship which is so frivolously neglected today.  The ancient Greeks already have founded their horse training on empathy and kind handling. Xenophon once said: “That which is forced and misunderstood is never beautiful, as if one used whip and goad to force a dancer to jump about.”  Reit-Kultur-Gut© wants to revive, with all its distinctions, this art of riding which had gradually lost its prominence with the decline of the Greek world empire and during the Migration Period disappeared almost entirely. Here, where the theoretical basis is already established, we who pursue the art will be able to develop riding creatively, to elevate it from mere craft to an art. In contrast to the autodidacts who, despite apparent riding success, will always remain at the level of "journeymen" only. That's why I use "art of riding," consciously and on purpose.

Mr Smeykal-Meyer, you portray the art of classical riding as a complex structure. Is this to highlight that association with horses shapes other areas of life as well?

Reit-Kultur-Gut© fundamentally rejects the current wide-spread viewpoint that regards the horse as a mere piece of sports equipment. Similar to the riding academies of the early Modern Period—where young noblemen prepared themselves for their tasks at the court and in the administration—with us the horse is an aid to socially responsible education of young people who will obtain here the basic precepts for going through their lives upright and straight.  Association with the horse has an influence on the development of the personality of the human which has been recognised since time immemorial. It is our specific concern to guide young people, through their work with horses, towards a path which once again is becoming increasingly important in the context of development of current social values; after all, the societal crisis has by now reached the youth as well. Nothing can replace those concepts of life conduct and responsibility for the community and the environment that are acquired through self-development. The association with horses fosters all this, as it teaches empathy, communication, conflict resolution and frustration tolerance, and leads to self-discipline—thus developing, almost as a by-product, characteristics generally considered prerequisite to a position of leadership. Unique structures and constructive associations evolve from friendship, helpfulness and confidence. Thus riding plays an interesting key role even in our times. The horse himself is the best teacher!

Riding, then, not as a sport but as an education in history and culture, and as means of self-realisation? Does it not ascribe too much of the spiritual to a skill that, of itself, is mainly physical?

Definitely not! Already Max Weyrother in his depictions afforded far more space to the thinking rider than to the schooling of the horse, thus underlining the necessity to support practical ability by theoretical knowledge. In addition to knowledge of physiology and psychology, the rider must have a clear conception of kinetics and balance. Theory means knowledge, practice means ability. But knowledge must always precede action! Reit-Kultur-Gut© has as its goal to develop horses that excel not only at the various gaits and later the jumps of the haute école, but that are also calm, supple and obedient and make riding a joy by their graceful movement. We educate horse and rider uncompromisingly in line with the pure, classical riding lore that adheres to its central tenets of respect for the individual and fascination with unforced development of the horse, all the way to the haute école (“refinement of the nature”)

Mr Smeykal-Meyer, you just mentioned horse physiology. Often some gaits, rideability, or teachability are ascribed to one particular breed or another. Does the art of classical riding meet its limits here?

Sensitive riding does not depend on the breed or size of the horse, as many have erroneously assumed, but on the ability and training of the rider. Only with the most finely honed body sense [of the rider; writer's comment] can the horse perform all the feats and gaits rhythmically and energetically, yet without any strain or blockage in muscles or joints. The rider’s cues are no longer visible at this highest level of training, rather the rider performs all the movements together with the horse, with a calm, natural posture, as if fused into one being, in full harmony. This fosters both mental and physical well-being of the horse and preserves his performance and ability into ripe old age. The potential of the horse – any horse! – will thus flourish in its full splendour.

The best riding art is of little avail if the overall conditions are not right, e.g., the horse is fed wrong or the saddle does not fit. Reit-Kultur-Gut© therefore offers, in addition, a natural feeding regimen without artificial feedstuffs, veterinary supervision by respected holistic veterinary surgeons and dentists, and qualified fitting of saddles and tack - the most important links between the horse and the rider.

Unforced training without excessive demands, full value cost, biological veterinary medicine—that sounds like a model holistic concept for horses that, in this form, is something entirely new in North Bavaria. What is your vision?

Gustav Steinbrecht once said: Through the long, intimate association with his master, the horse becomes infinitely intelligent and alert; because he has so much to learn and is continually urged to respond to the slightest cue from the rider, his mental powers are exercised in concert with his physical ones, so that he becomes trusting and devoted to his master at the same rate as his schooling improves the performance of his tasks, which he eventually carries out with a kind of joyful and proud self-confidence. I would like to go even further and assert that the development of the human follows the same pattern. To recognise and be permitted to foster them both is my life work and creative fulfilment. Reit-Kultur-Gut© ought to become a centre for the classical art of riding that will revive the classical methods of schooling of both man and animal (“living Reit-Kultur-Gut experience”). In addition to the voltige instruction offered by the “Voltis vom Schenkenturm” we will provide driving courses, schooling of rider and horse up to the haute école level, special lessons on Iberian or Arabian horses, gala evenings of classical riding and presentations on the history of the classical art of riding, as well as fencing and dancing lessons, to round off the personal development in keeping with the classical model. Our multifaceted instruction offerings are also expressly directed at novices as well as returning students at all levels.

Thank you for talking to us, Mr Smeykal-Meyer!