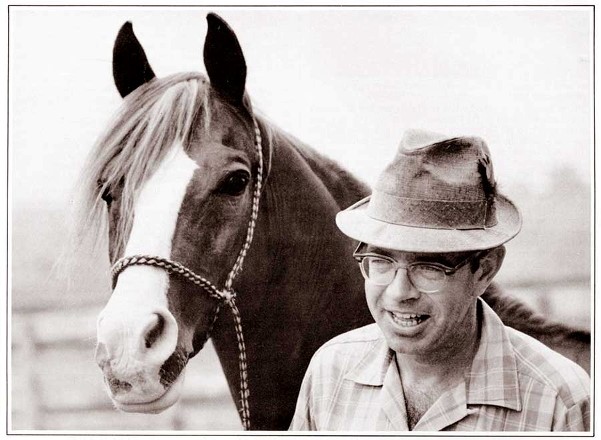 Charles Craver III started with Arabians in 1949. In the early 1950s he began scouring the country enthusiastically learning all he could about Arabians, coming to the conclusion that the horses of the Davenport legacy were diminishing and needed to be preserved. With the acquisition of the magnificent stallion Tripoli in 1955, Charles soon afterward began buying or leasing 9 more horses of similar heritage, and eventually he would become one of America's greatest 20th century Arabian preservationist breeders, producing nearly 600 horses.
Charles also saw the need for a formal organization to carry on important commitments of preservation. This organization, with the help of his beloved wife Jeanne, became internationally renowned as Al Khamsa, formally beginning in 1975, with Charles appropriately chosen as Al Khamsa's first president. Charles also enlisted other enthusiasts to become involved not only in his own effort on behalf of Homer Davenport's legacy, but for any and all lines in need of attention within the Al Khamsa concept.